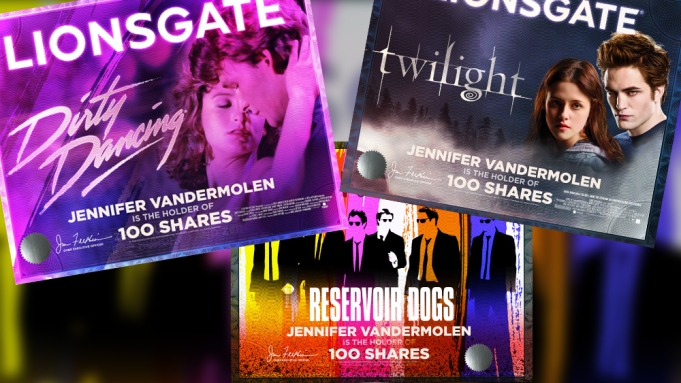 Lionsgate has partnered with TiiCKER, a pioneering platform for cultivating shareholder loyalty, to offer retail investors discounts and gifts around the studio’s film and TV brands. The goal is to turn individual fans of its franchises into stockholders.

The studio is the first Hollywood partner of the Detroit-based firm that has programs with Amazon, Carnival, Ford, GM, Whirlpool and others.

Lionsgate vice chair Michael Burns says it currently has fewer than 10,000 retail shareholders owning well under 10% of the company. The shareholder base is largely institutional, as with most publicly traded companies — aside from meme stocks like AMC Entertainment where individual stockholders mostly replaced institutions. Like many stocks in the media space, Lionsgate’s could use a boost. Perks, tiered to various levels of stock ownership, offered though the Tiicker platform include a 50% discount for a year’s streaming subscription to Starz; discounts on movie tickets in partnership with Atom Tickets; limited-edition Lionsgate commemorative shareholder certificates featuring movies and television series; discounts on a range of Lionsgate “events, experiences and merchandise”; and giveaways and sweepstakes for movie premieres or for shareholders to host hometown screenings.

Read the full story as original published on Deadline.