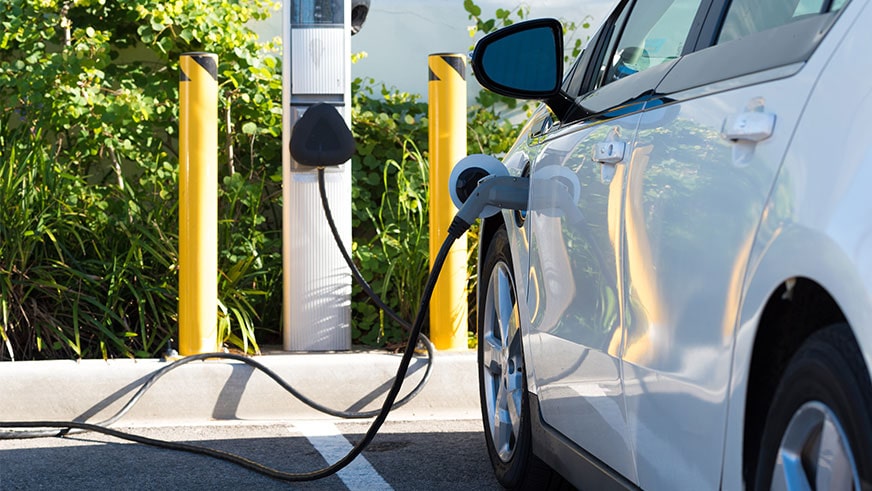 On the heels of a devastating 2020 in which the pandemic disrupted supply chains, shuttered showrooms, and squelched demand, the automotive industry is bouncing back. The Alliance for Automotive Innovation, a trade association representing manufacturers producing nearly 99% of new cars and light trucks sold in the U.S., predicts 16 million vehicles will be sold in the U.S. this year. This production represents an 11% year-over-year increase.

While this is excellent news for the automakers, they must also navigate the path to zero-emission vehicles in the face of increased pressure to adhere to environmental mandates. Tesla, Inc. (Tii:TSLA) is currently the market leader in the U.S. electric vehicle (EV) space, delivering 386,050 EVs in the first half of 2021. However, virtually every automaker with a presence in the U.S. has invested in EV development – with many already in the market – indicating the Silicon Valley automaker will face mounting competitive pressure from larger manufacturers.

Here is a quick look at some of the automakers and their challenges while navigating the road to zero emissions.

Ford Motor Company (Tii:F), which unveiled electric models for its popular Mustang and F-150 vehicles, says the F-150 Lightning series surpassed 130,000 reservations. The auto manufacturer is experiencing strong demand overall, posting 6.5% higher retail sales in August. Much of that performance comes from the longstanding strength of its F-Series brand, which posted its best numbers since the semiconductor shortage hit. Ford is continuing to focus on tech innovation, recently hiring Doug Field, the head of Apple Inc.’s (Tii:AAPL) car project, away from the iPhone maker to become Ford’s chief advanced technology and embedded systems officer.

General Motors Co. (Tii:GM) is also experiencing strong demand overall, having sold 760,000 vehicles in the second quarter. This total contrasts with the 421,000 vehicles sold during the same period last year. On the EV front, the automaker announced that it would stop selling fuel-burning cars by 2035 but suffered a setback when it had to recall its Chevrolet Bolt EV due to manufacturing defects in its battery. GM is also dealing with microchip shortages for its popular Chevrolet Silverado and GMC Sierra lines of pickup trucks and is reportedly stockpiling hundreds of partially completed vehicles in need of the microprocessors.

With 12.6% of the global automotive market share, German manufacturer Volkswagen AG (Tii:VWAGY) is in the process of executing its ACCELERATE strategy, which among other things, looks to have 70% of its European and 50% of its Chinese and U.S. sales volume come from EVs by 2030. Volkswagen delivered 171,000 all-electric vehicles in the first half of the year. Overall, the automaker is resurging in 2021, with a 27.9% increase in first-half deliveries over the prior-year period.

Honda Motor Co., Ltd. (Tii:HMC) plans to use GM’s EV platform to begin selling electric vehicles in North America and realize mutual cost savings by standardizing components. As a result, about half of GM and Honda EVs will have identical components. Honda, whose sales increased 26% to approximately 998,000 for the automaker’s fiscal first quarter, stated that it plans to increase the ratio of electric vehicles and fuel cell vehicles within overall unit sales in all major markets of electrification combined to 40% by 2030, 80% by 2035 and 100% globally by 2040.

The global electric vehicle market, valued at $162.34 billion in 2019, is projected to reach a massive $802.81 billion by 2027. This growth means the race to zero emissions will only accelerate.