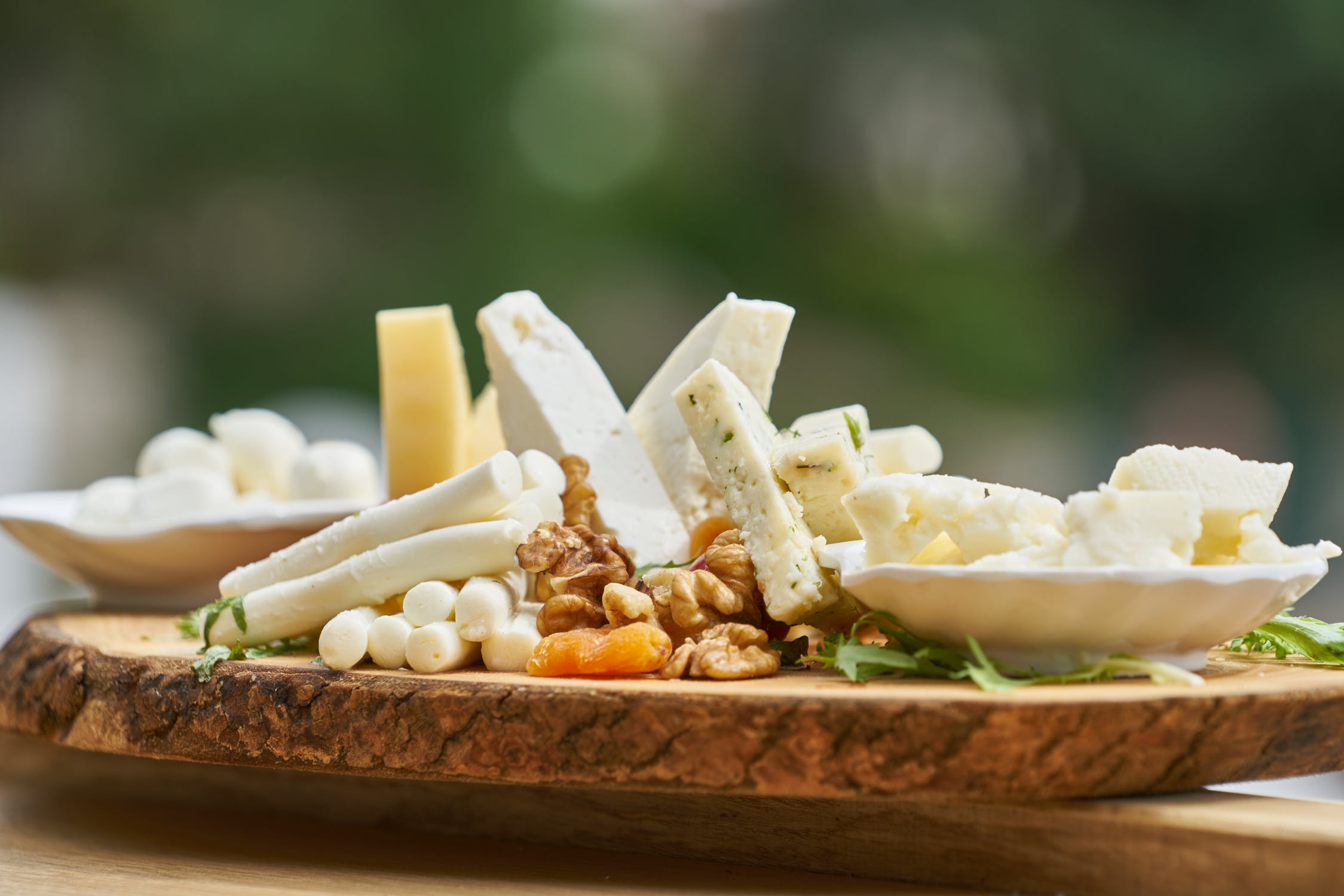 Because October is American Cheese Month – and time is running out – we thought we’d pay tribute to some cheesy producers. Yes, pun absolutely intended, because for all the grins and groans it may produce, cheese is big business in today’s world. Just about everyone has a favorite cheese, not only in the U.S., but across the globe. And we’d bet there are few American children without a fond memory of Kraft Mac & Cheese or grilled cheese sandwiches made with Velveeta. Right?

Americans love cheese, to be sure. In 2019, the average consumer in the United States ate about 40.4 pounds of cheese, according to market research provider Statista. Over the past ten years, U.S. per capita consumption of cheese has increased by over five pounds. However, according to the World Atlas, the top cheese-consuming country is Denmark, whose residents eat a whopping 28.1 kilograms per capita (nearly 62 pounds for the metrically challenged). Within the U.S., Wisconsin leads in consumption, followed by California and Idaho.

The origins of cheese are lost in antiquity as its creation predates recorded history. But some form of cheese is enjoyed in most countries these days. ResearchAndMarkets.com expects the global cheese market to reach $216.88 billion in 2021, a compound annual growth rate of 7.4%. By 2025, the market research provider expects that sum to reach $296.24 billion. Most of the major players with a presence in the U.S. are privately owned. For example, Sargento, the first company to sell packaged shredded cheese, is owned by The Gentine family, who co-founded the company in the 1950s. BelGioioso Cheese Inc., a natural cheese manufacturer that recently agreed to buy the Polly-O brand of string cheese, is also privately held. Similarly, Babybel, a brand of snack cheeses, is owned by a private France-based concern.

With that said, let’s take a look at some of America’s leading cheese producers.

Kraft Heinz Company (Tii:KHC) reigns supreme within the world of publicly traded cheese-makers. The fifth-largest food and beverage company in the world has a robust line of cheeses that include American, cheddar, mozzarella, parmesan and more. While some may argue whether the company’s mac and cheese and Velveeta products contain actual cheese, the company’s roots are steeped in the cheese business. Kraft was launched by the Kraft Brothers, who sold cheeses door-to-door back in 1909. In five years, they grew the product line to 31 different varieties, and in 1916 the pasteurizing process gave their cheese a longer shelf life. The rest, as they say, is history.

Saputo, Inc. (Tii:SAPIF) also has a major presence in the cheese industry, processing around 11 billion liters of milk into cheese annually and selling a wide range of branded products in more than 60 countries. The company has 65 manufacturing facilities with more than 17,700 employees. Saputo operates through four sectors: Canada, USA, International and Europe. For its first quarter of fiscal 2022, which ended on June 30, 2021, the company reported $3.488 billion in revenues, a 2.9% increase. Looking ahead, Saputo will focus on maximizing its recent acquisition of Wensleydale Dairy Products Limited, a UK-based manufacturer and distributor of specialty and regional cheeses.

For some, cheese is an acquired taste. Still, the variety of cheeses is staggering, so it’s difficult to imagine someone who can’t find a favorite among the hundreds of varieties on the market. So whether you prefer cheddar, American, mozzarella, Pepper Jack, provolone, or any of the many other varieties of cheese, why not observe American Cheese Month with a slab, slice or chunk of this ancient but timeless snack?