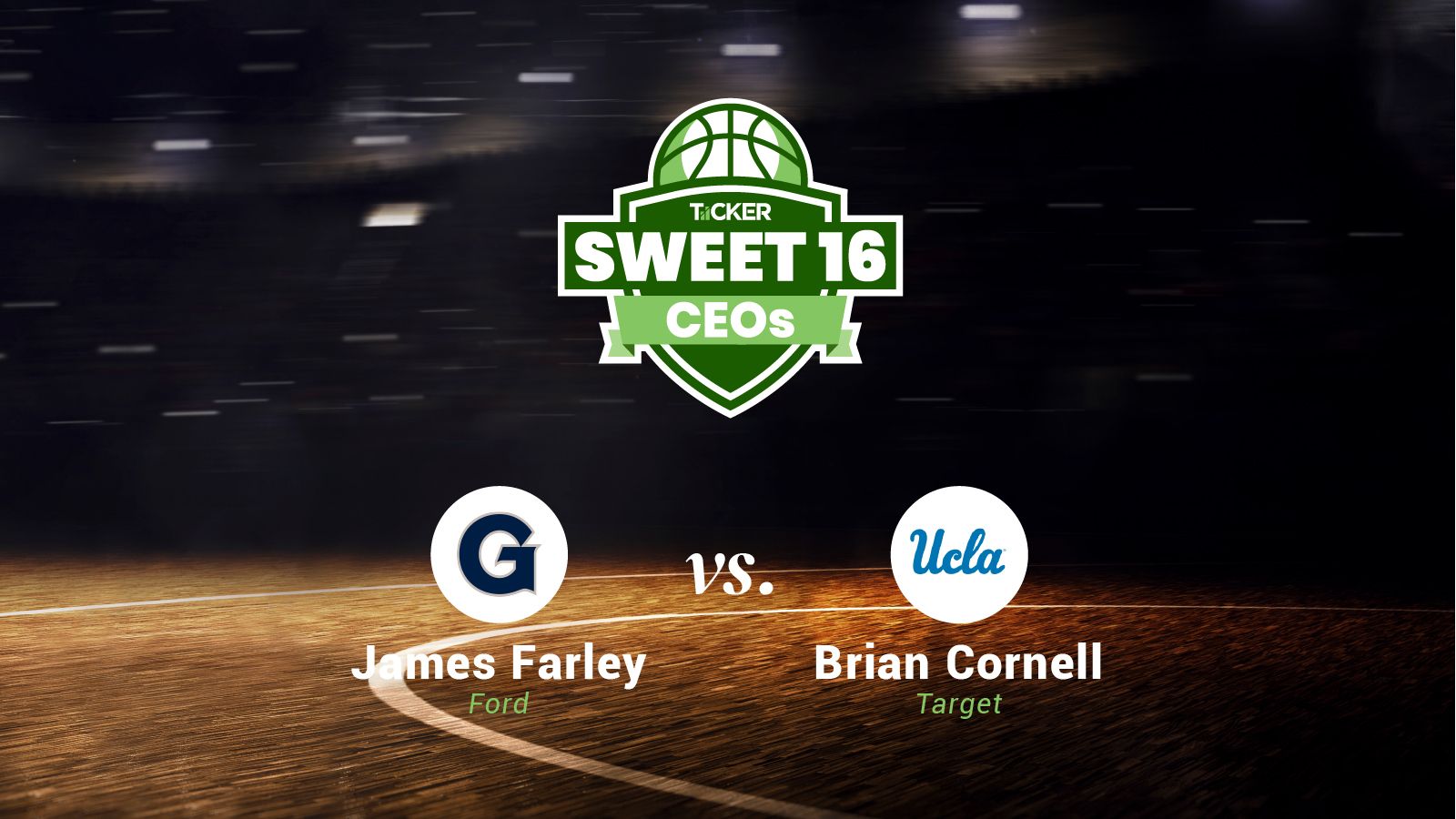 It’s all come down to this. Over the last two weeks, TiiCKER’s Sweet 16 CEOs Competition and Sweepstakes has pit execs – representing both their alma maters and the publicly traded companies they lead – against each other while offering chances to win valuable prizes. With the field narrowed to just two left to compete for the TiiCKER tournament title, let’s take a quick look back at the road so far.

We started out with 16 “teams,” each representing a publicly-traded company, its CEO and the university they attended.

In the Western Division, we had:

Competing in the Eastern Division were:

We looked at stock performance to determine who advances. In the first round, we compared one-year returns, followed by two-year returns for the second round and three-year returns for the third. As with the actual tournament, there were some early upsets (Walmart and Allstate’s surprising early exits come to mind) and some dark horses going further than some may have expected.

With the field cleared, only two teams remain to compete: Ford Motor Co (Georgetown) will represent the Western Division against Target Corp. (UCLA) from the East. In its last match, Ford’s 23.5% two-year return was more than strong enough to upend Comstock Resources, led by Baylor alum and CEO M. Jay Allison and its negative two-year return of -17.5%. In the East, Target blew away MetLife with a two-year return of 167.1% to 32.4%, eliminating the insurer and its CEO, Syracuse grad Michel Khalaf.

So, who will claim the TiiCKER championship, the major automaker or the retail giant? Be sure to check back for results on the finals. And don’t forget to let us know which team you are cheering for and why to be entered for a chance to win one of four Benzinga.com Essential memberships for 12 months. That’s a $1400 value EACH. Click here to participate. See official terms.