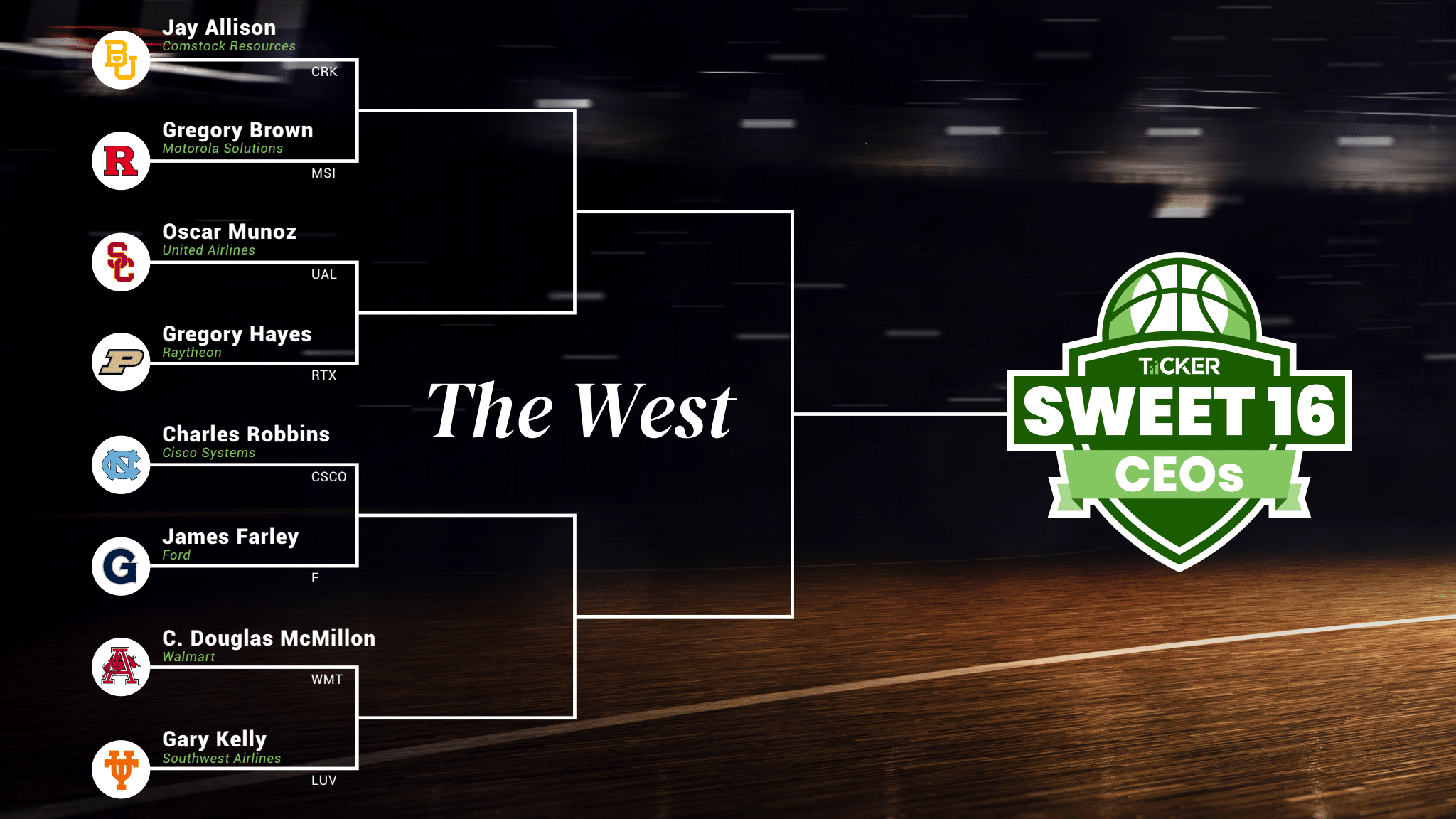 TiiCKER’s Sweet 16 CEOs Competition and Sweepstakes, a competition that pits CEOs – representing both their alma maters and the publicly traded companies they lead – against each other while offering chances to win valuable prizes, is officially underway! In a first-round matchup, M. Jay Allison, representing Comstock Resources (Tii:CRK) and the Baylor University Bears, will square off against Greg Brown, standing in for Motorola Solutions, Inc. (Tii:MSI) and the Scarlet Knights of Rutgers University.

Allison, Chairman and CEO of Comstock since 1988, rose steadily through company ranks, having served as Vice President, Secretary and President before his promotion to his current position. He was previously a practicing oil and gas attorney with the firm of Lynch, Chappell & Alsup. A veteran of the energy industry, Allison was Chairman of the Board of Directors of Bois d’Arc Energy, Inc. from its formation in 2004 until its merger with Stone Energy Corporation in 2008. He received B.B.A., M.S. and J.D. degrees from Baylor University in 1978, 1980 and 1981. A die-hard Baylor Bear, he also serves on the university’s Board of Regents.

Brown, chairman and CEO of Motorola Solutions, has led the company for 13 years – the company’s longest-serving CEO after the founder and his son. Under Brown’s leadership, Motorola Solutions has been completely transformed with total shareholder return of over 500%. The 92-year-old global company is now the leader in land mobile radio mission-critical communications, video security & analytics and command center software. A proud Scarlet Knight, Brown chairs the Committee on Intercollegiate Athletics at Rutgers University and serves as the Navy SEAL Foundation Midwest Event Chairman.

Which of these execs will come out on top? Check back for recaps and the next round matchups! Sweet 16 CEOs Competition winners will be chosen based on a variety of factors tied to company performance. The best part is you can win too! In the spirit of March Madness, tell us which team you are cheering for and why you are cheering for them. You will be entered for a chance to win one of four Benzinga.com Essential memberships for 12 months. That’s a $1400 value EACH. Click here to participate. See official terms.