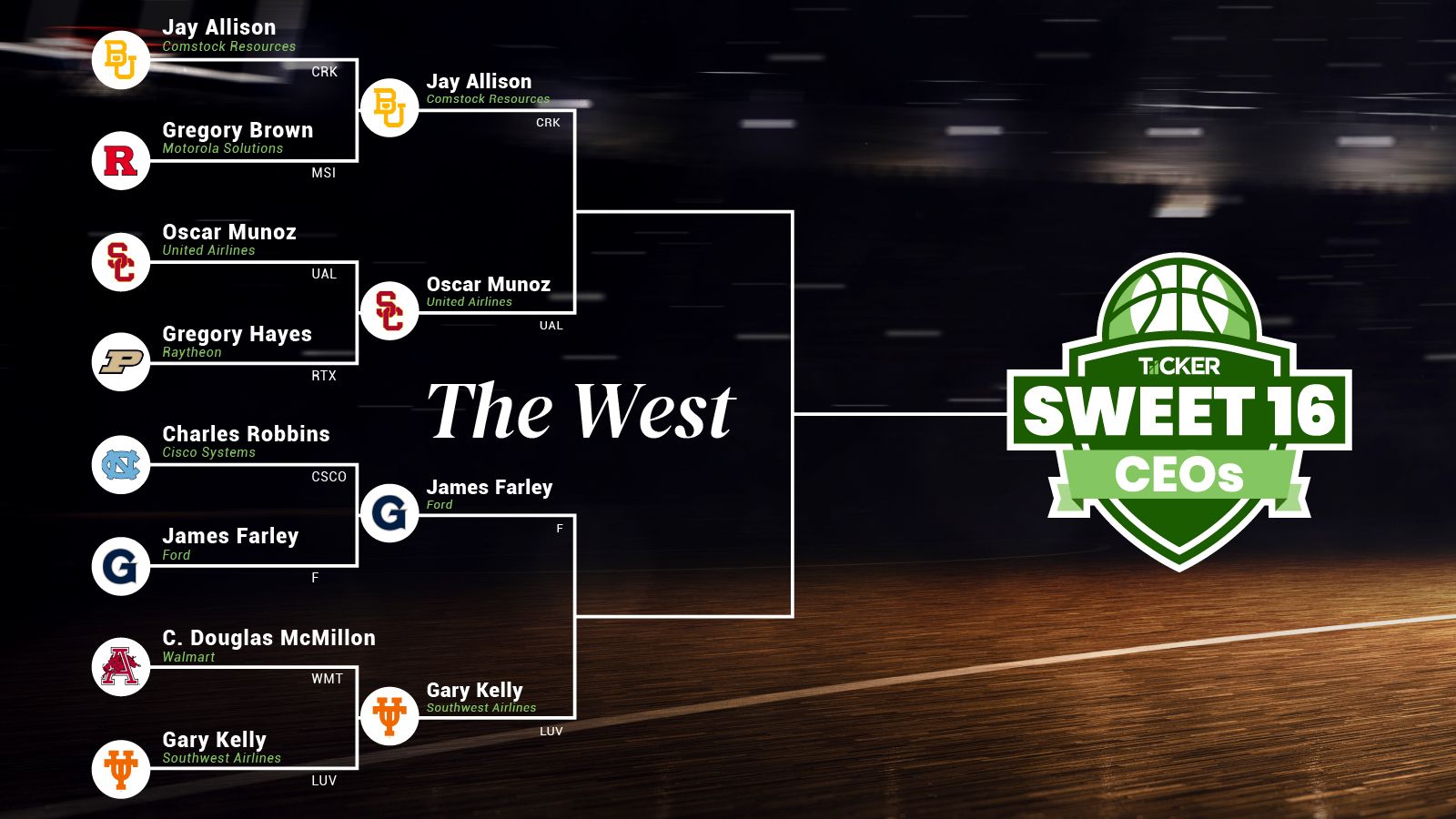 The first round of TiiCKER’s Sweet 16 CEOs Competition and Sweepstakes is in the record books, and a few household brands have already been eliminated from contention. TiiCKER’s Sweet 16 CEOs is a competition that pits execs – representing both their alma maters and the publicly traded companies they lead – against each other while offering chances to win valuable prizes.

The TiiCKER team looked at one-year returns for each company’s common stock to determine who moves ahead and who goes home in the first round. With these contests complete, let’s look at who came out ahead and who they will face in second-round contests.

Comstock: Energy markets suffered 2020, adversely impacted by the pandemic-driven economic shutdowns that sharply reduced demand – though this improved somewhat as the year progressed. For the year ended December 31, 2020, Comstock reported a net loss available to common stockholders of $83.4 million or $0.39 per diluted share. The company spent $483.6 million during 2020 for drilling and development activities that year. Comstock currently plans to spend approximately $510 million to $550 million in 2021 on drilling and completion activities.

United Airlines: It wasn’t just the energy markets that suffered in 2020. Travel and tourism faced the worst business conditions on record, and United was not immune to the steep drop in air travel. The airline reported a fourth-quarter net loss of $1.9 billion and a $7.1 billion loss for the full-year 2020. Since the beginning of the pandemic, United has raised over $26 billion in liquidity and made important progress in reducing core cash burn. Over the last three quarters, the company has identified $1.4 billion in annual cost savings and has a path to achieve at least $2.0 billion in structural reductions moving forward. This should position the company well as consumers take to the skies again.

After that resounding victory, Ford, Farley and the Hoyas will face Gary Kelly, Chairman and CEO of Southwest Airlines (Tii:LUV), also representing his University of Texas Longhorns. Southwest Airlines’ 62.7% one-year return was strong enough to top Walmart Inc.’s (Tii:WMT) 25.6%, eliminating the retail juggernaut (as well as CEO C. Douglas McMillon and the Arkansas Razorbacks) from contention.

Ford Motor Co.: The automaker is in the midst of transitioning to an all-electric passenger vehicle future, having committed $3 billion to electric vehicle (EV) manufacturing operations in Valencia, Spain. The company’s U.S. customers began taking delivery of the all-electric Mustang Mach-E, the Bronco Sport and the 2021 F-150 pickup at the end of 2020. CEO Farley said Ford will now invest at least $22 billion in electrification through 2025, nearly twice what the company had previously committed to EVs.

Who will come out ahead in this Western showdown, and what criteria will we use to determine the winners? The best part is you can win too! In the spirit of March Madness, tell us which team you are cheering for and why you are cheering for them. You will be entered for a chance to win one of four Benzinga.com Essential memberships for 12 months. That’s a $1400 value EACH. Click here to participate. See official terms.