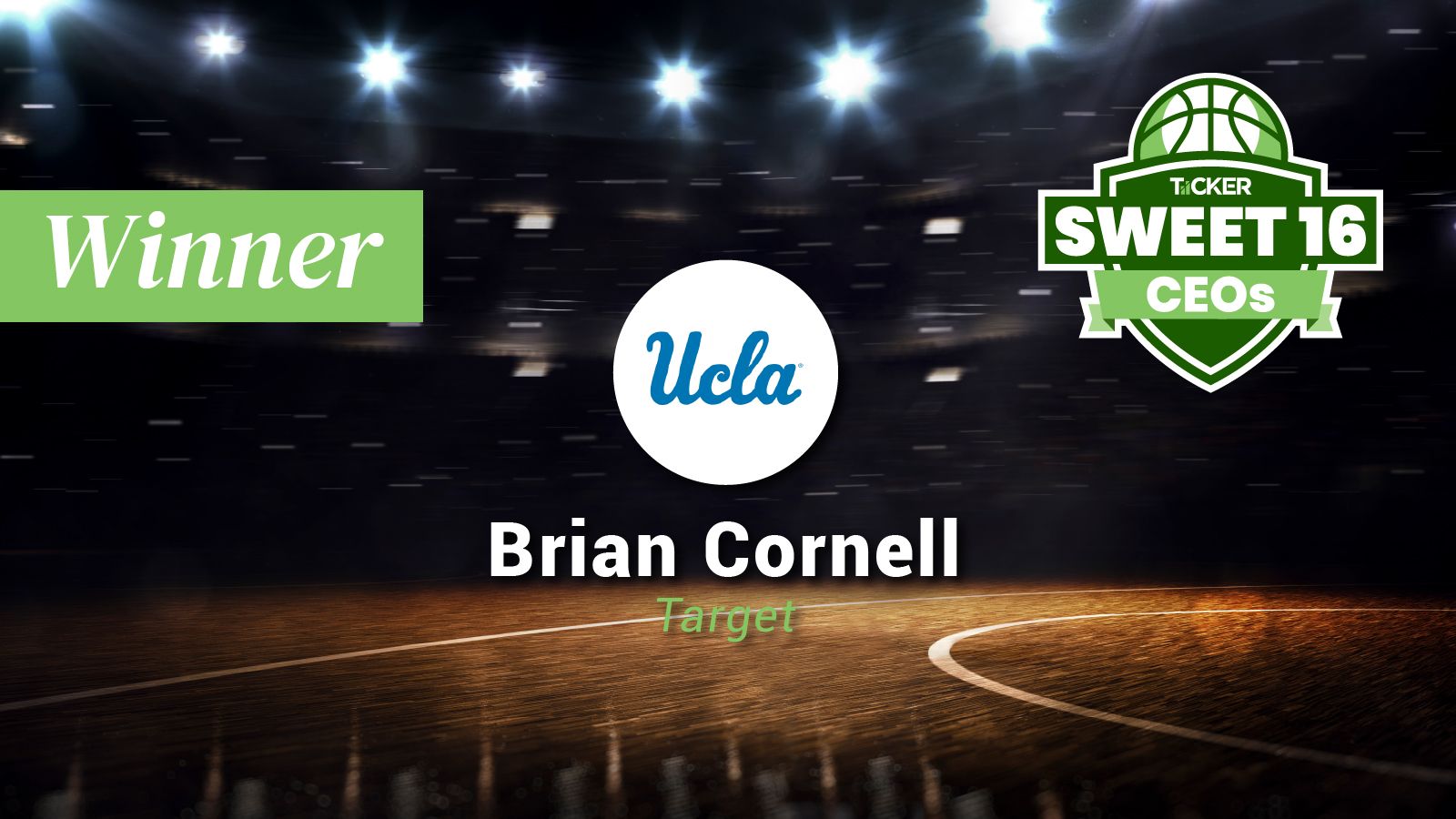 Target Corp. (Tii:TGT), led by UCLA graduate Brian Cornell, soundly defeated Ford Motor Co. (Tii:F), led by CEO James Farley, a Georgetown alum, to win TiiCKER’s inaugural Sweet 16 CEOs Competition and Sweepstakes. Over the last two weeks, the tournament has pit execs – representing both their alma maters and the publicly traded companies they lead – against each other while offering chances to win valuable prizes. In the title game, we looked at five-year stock returns to determine the victor. Target’s 124.6% return was more than enough to beat out Ford’s five-year return of -2.0%.

The competition started out with 16 “teams,” each representing a publicly-traded company, its CEO and the university they attended. The TiiCKER team measured stock returns over one, two, three, and five-year periods to determine winners.

In the Western Division, we had:

Competing in the Eastern Division was:

The road to the championship was a tough one for Ford. After knocking out Cisco Systems in the first round, the automaker faced Southwest Airlines. In a tough contest, Ford edged out the airline, setting up a Final Four showdown where a three-year return of 23.5% (Target’s lowest score at that point in the competition) was still strong enough to knock off Comstock Resources, thanks to a negative return of -17.5% for the energy company.

With the matches all settled, time is running out to let us know which team you cheered for and why to be entered for a chance to win one of four Benzinga.com Essential memberships for 12 months. That’s a $1400 value EACH. Click here to participate. See official terms.