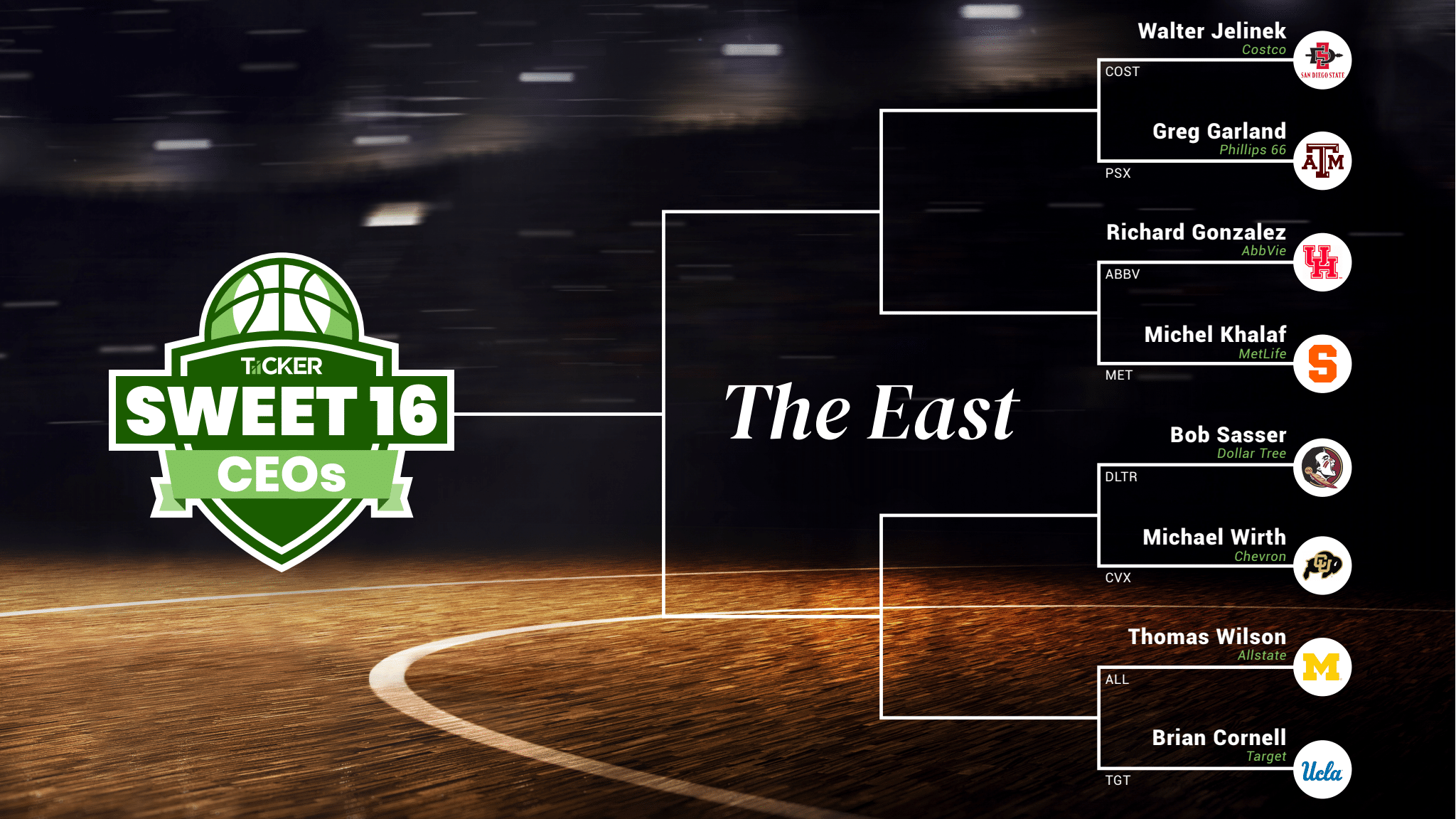 TiiCKER’s Sweet 16 CEOs Competition and Sweepstakes, a contest that pits CEOs – representing both their alma maters and the publicly traded companies they lead – against each other while offering chances to win valuable prizes, pits a leading big-box retailer against a century-old multinational energy giant.

In this matchup, it’s financial services giant against global biopharma titan. Michel Khalaf, President and CEO of MetLife Inc. (Tii:MET) and Syracuse University graduate, will compete against Chairman and CEO of AbbVie Inc. (Tii:ABBV), Richard Gonzalez, who will also represent the University of Houston.

Representing Syracuse Orange, Khalaf joined MetLife in 2010 as CEO of its Middle East, Africa and South Asia region through the company’s acquisition of AIG’s Alico. In his 21 years at Alico, Khalaf held a number of leadership roles in various markets around the world, including the Caribbean, France and Italy. In 1996, he was named the first general manager of Alico’s operation in Egypt. In 2001, he assumed the position of regional senior vice president in charge of Alico’s Life, Pension and Mutual Fund operation in Poland, Romania and the Baltics. Khalaf earned a B.S. in engineering and M.B.A. in finance.

Gonzalez helms AbbVie, a global biopharmaceutical company that employs approximately 47,000 people worldwide and markets medicines in more than 175 countries. Originally an executive vice president at Abbott Laboratories, he was asked to lead AbbVie, its spinoff company, when it was launched in 2013. Prior to AbbVie’s separation from Abbott in January 2013, he was a 30-year Abbott veteran, serving as President and Chief Operating Officer of Abbott before briefly retiring in 2007. While he did not earn a degree, Gonzalez attended the University of Houston, majoring in biochemistry.

Will the pharmaceutical exec or insurance boss lead his company to the next round? Check back for recaps and the next set of matchups! Sweet 16 CEOs Competition winners will be chosen based on a variety of factors tied to company performance. The best part is you can win too! In the spirit of March Madness, tell us which team you are cheering for and why you are cheering for them. You will be entered for a chance to win one of four Benzinga.com Essential memberships for 12 months. That’s a $1400 value EACH. Click here to participate. See official terms.