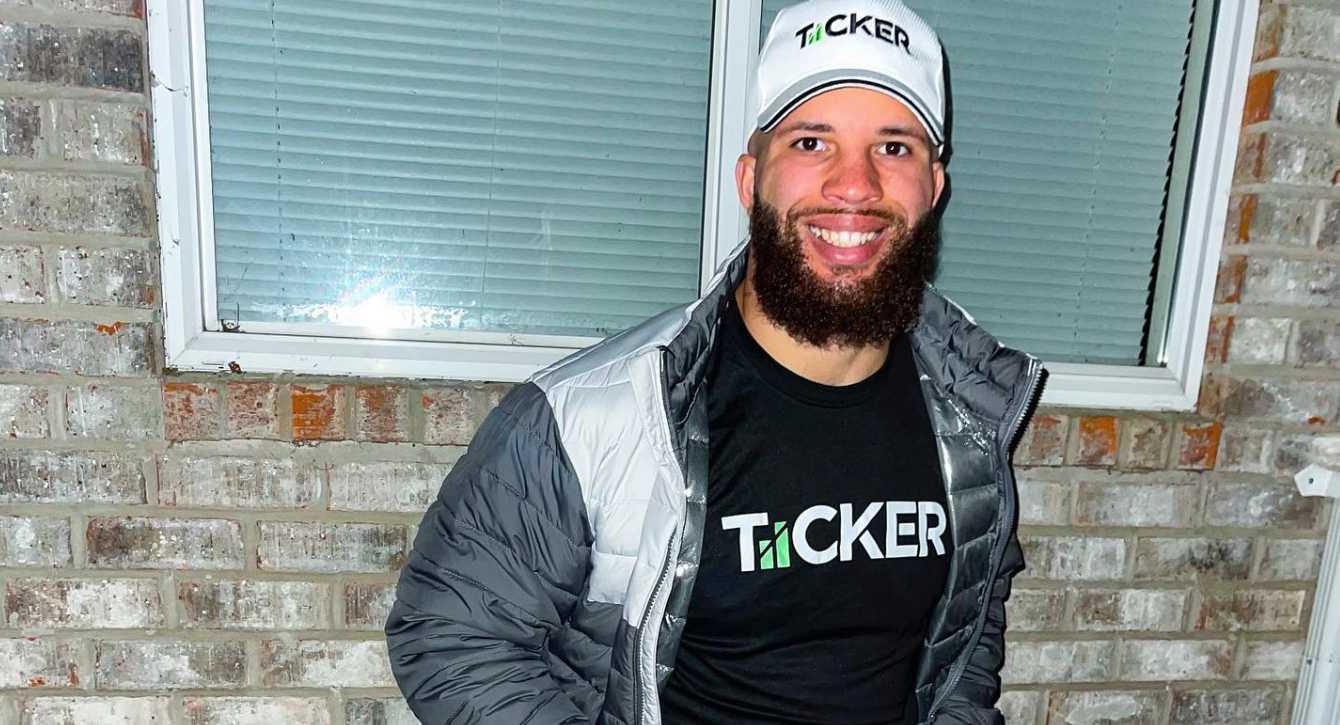 In many ways, Isaiah McDuffie is a typical young professional. He works in Green Bay, Wisc. at his very first job out of college. He works hard and with his extra income, he invests in companies he knows and trusts. Like any 23-year-old retail shareholder, his experience in the market is limited, but his interest in it is high and growing. And he likes the idea that TiiCKER connects him with valuable perks simply for owning shares of companies he loves.

His mom was a school crossing guard and “lunch lady,” his dad a high school history teacher in McDuffie’s hometown of Buffalo, N.Y. McDuffie’s early investing knowledge is typical as well. While there wasn’t a lot of talk about the stock market around the dinner table, his parents instilled a financial discipline in their children. Stay within a budget, save your money, spend responsibly, look for value.

Here’s where the story of the young retail shareholder takes a turn. McDuffie is a linebacker for the Green Bay Packers, one of the NFL’s most storied and successful franchises.

“Like any young investor, I’m still learning about the market,” he said. “I have a financial advisor that is teaching me a bunch of stuff. They are guiding me, helping me and teaching me to better understand the market.”

McDuffie is working from a solid base. Many professional athletes aren’t as lucky. According to a 2009 Sports Illustrated article, 60 percent of former NBA players are broke within five years of retirement; 78% of former NFL players have gone bankrupt or are under financial stress within two years of retirement.

“That's the way my parents raised me, to not go out and blow my money,” he said. “You hear the horror stories of guys in the NFL that get their first paycheck and it's all gone. They don't understand things like taxes. That was the first reality for me. When I got my first signing bonus, I didn't realize how much money was going to be taken out in taxes. You’re not going to get the full check.”

Whenever he is in doubt about finances or investing, he returns to his roots. And he understands that it is never too early to think about his long-term future.

“I stick to a budget,” he said. “I feel like that’s the most important thing. What I can’t afford, I can’t afford. And then from there, I try to stay on top of my investments and opportunities, especially right now because the stock market is crazy.”

McDuffie also happens to play for the only publicly owned major professional sports franchise in the United States. Green Bay Packers Inc. is a publicly held nonprofit corporation that owns the football team. It was established in 1923 as the Green Bay Football Corporation. The company has 537,460 shareholders and no one is allowed to hold more than 200,000 shares, or more than 4% of the 5 million shares outstanding. This unique corporate structure has kept the Packers in Green Bay, despite it being the smallest market in any North American professional sport.

McDuffie said you can feel the difference public ownership makes in Green Bay and around the Packer organization.

“I'd definitely say Packers fans are more invested in the team. If you own part of something, you are naturally invested in it. The Packers organization is run more like a business. We don’t have an owner, we have a president. It’s just such a cool atmosphere in my opinion,” he said.

He understands that it is way too early in his career or life to hand out meaningful financial advice, but McDuffie invests like many retail shareholders – he picks companies and brands he already knows and loves. He is invested in energy stocks and Walmart (Tii:WMT), to name just a couple. As an athlete, it comes as no surprise that he loves athletic-focused companies like Nike (Tii:NKE) and its Jordan brand and Adidas (Tii:ADDYY). “I'm not really into all the designer brands. I'm more of a simple kind of guy,” he said.

He does have solid advice for the young player yet to be drafted.

“The first step is to get good people around you who can lead you in the right direction. Even if you don't have the knowledge yourself, it is important to find someone who does,” he said. “From there, just do everything you can to learn. It’s not going to happen overnight. I’m still in the process myself. I’m soaking everything up that I can. And I’m willing to learn. The investment world can be crazy, but you’ve just got to stay the pace.”

Retail shareholders like McDuffie can sign up for a free account on TiiCKER. By linking a brokerage account, individual investors are connected with valuable shareholder rewards from leading public companies that understand the importance of connecting with the retail investing community.