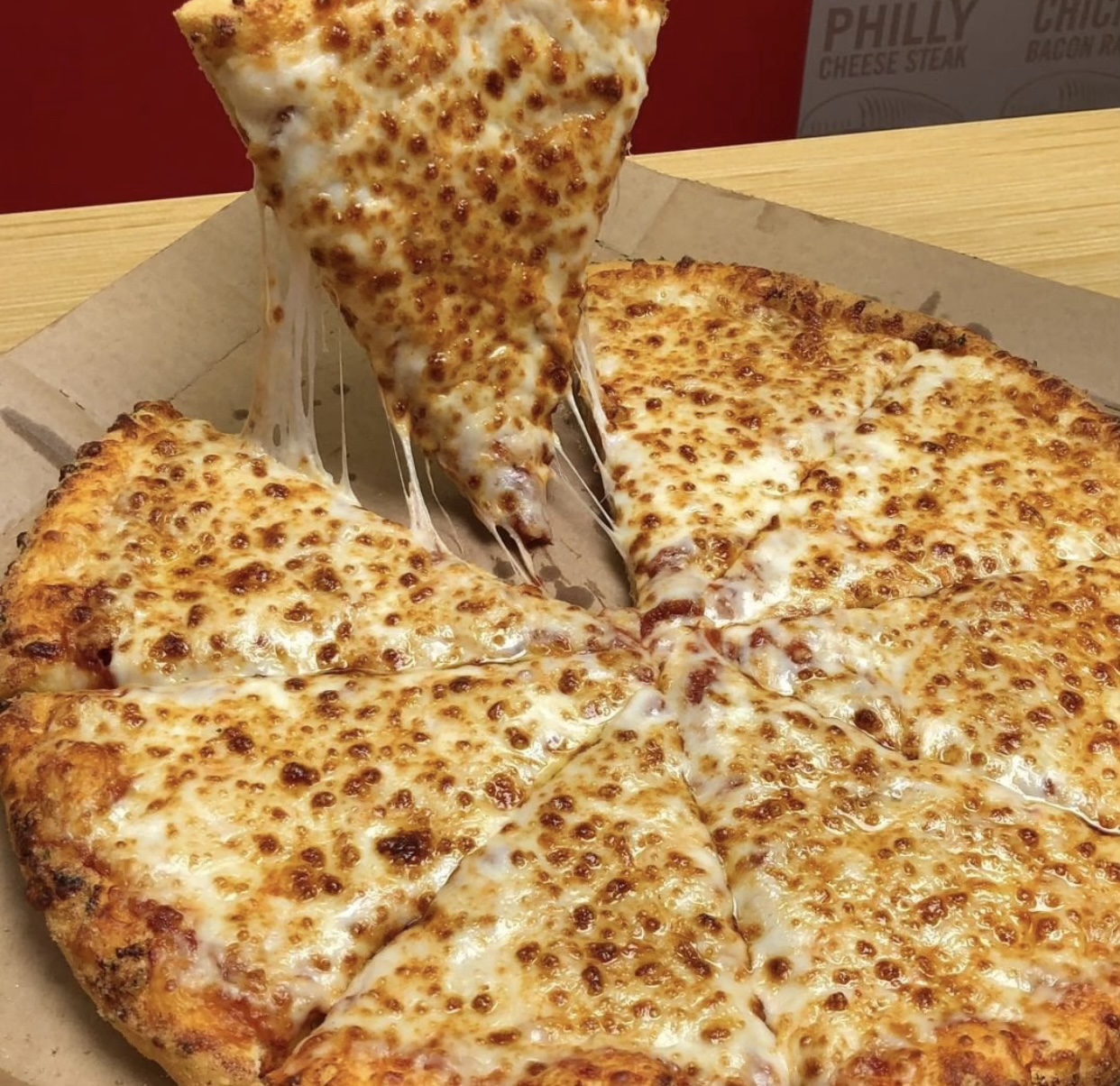 September 5th is National Cheese Pizza Day! When it comes to celebrating this occasion, all you really need is cheese. Cheese Pizza Day celebrates the modest cheese pizza in all of its simplistic beauty, even though most people enjoy stacking all kinds of various toppings onto their favorite pies.

Americans certainly love pizza – and that was never truer than it was last year. The U.S. pizza industry generates nearly $46 billion in revenue, with the top pizza chains dominating with a near 60% slice of the market. Sales at these pizza chains skyrocketed in 2020, with traffic increasing 125%, according to Datassential, a market data and software company for the food and beverage industry. Datassential research further concludes that 81% of consumers love or like cheese, and 60% of operators believe adding cheese helps an item sell better. So, sit back and enjoy a cheese-only pie with some of these leading pizza providers – and don’t forget the extra cheese.

Hundreds of pizza types and toppings exist now, but they all started with the original cheese pizza. Domino’s Pizza, Inc. (Tii:DPZ), which opened its first store in Lithuania this week, is the largest pizza company in the world based on retail sales – which exceeded $16.1 billion in 2020. Domino’s strong performance last year is continuing into the third quarter of 2021. Global retail sales for the restaurant operator increased 21.6% for its second quarter. Based in Ann Arbor, Michigan, Domino’s now operates more than 18,000 stores in over 90 markets worldwide, making it easy to celebrate this national holiday with a pie or two!

If you’re not a fan of Domino’s, you can enjoy a classic Pizza Hut pie. Part of the Yum! Brands, Inc. (Tii:YUM) portfolio, Pizza Hut started in 1958 in Wichita, Kansas, with a single location and has since grown to more than 18,000 restaurants in over 100 countries. The global restaurant chain’s popularity among consumers last year continued well into 2021. Pizza Hut’s worldwide system sales (excluding foreign currency translation) grew 10% in the second quarter of 2021. Fans of Pizza Hut’s Detroit-style pizza can rejoice. The restaurant chain recently added the square, deep-dish pizza back to its menus for a limited time.

Papa John’s International, Inc. (Tii:PZZA) rounds out the Big Three of the pizza QSR industry. Headquartered in Louisville, KY, Papa John’s is the world’s third-largest pizza delivery company, with more than 5,500 restaurants in 49 countries and territories. The pizza franchise, which reported that total global system-wide restaurant sales grew 12.2% during the second quarter of this year, is also expanding. Papa John’s, along with its largest franchisee, plans to open over 220 restaurants by 2025, including more than 170 across Latin America, Spain and Portugal.

While pizza’s origins trace back to Italy, it’s very much an American mainstay. There are an estimated 70,000-plus pizzerias in the United States, illustrating the degree to which pizza has become a part of the American diet. So, whether Chicago-style deep dish or Italian thin-crust, why not make a night of it and indulge?